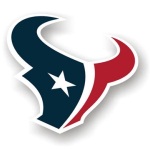 We’ve reached the regular season finale. Unbelievable.  This week we had a great chat with Mike Kerns of the Don’t Mess With Texans blog. It’s a longshot, but it’s possible we might get to do this all over again next week, if things fall right.

How angry were you and fellow Texans fans at the Colts on Sunday for laying down and letting a team in direct competition with you (Jets) for the final playoff spot gain the upper hand in the race for that spot?

Personally, I was more pissed at The Colts for not going for a perfect season. Lots of fans out here are pissed about it, but I’m not. Houston should have taken care of their own business and did better than 1-5 within the division. They have no one to be pissed at but themselves. I am a bit pissed off that The Jets look like they may get to cakewalk into the playoffs by playing two teams that seem to be laying down to end the season. I hate the way that’s playing out and I think it is a black eye for the NFL.

As a Texans fan, what is your opinion of Gary Kubiak as a head coach? What are his strengths and weaknesses? Does he return next season?

Again, personally, I am ready for Gary Kubiak to go. His strengths are that he has taken a team that was in shambles and turned them into a team that can compete with anybody and possibly win. His biggest weakness is that he plays not to lose instead of playing to win. How many times this year has Houston had a significant lead on someone only to take their foot off the gas and let them back in the game? It is quite frustrating as a fan. Going .500 for (possibly) three consecutive seasons to me is unacceptable. I would like a change at Head Coach. But, only for someone that is established (I’d personally like Cowher, but that is highly unlikely). I do not want to start over with another rookie coach.

When I look up and down the Texans roster, I see talent on both sides of the ball. What has kept the team from reaching the next level?

Killer Instinct. They have lost five games this year by seven points or less. They have an inability to finish. In my opinion, this falls on the Coach. Gary Kubiak is highly guilty of going conservative and not insulting anyone by running up the score. It has cost him dearly in contests against The Colts and Jaguars this year. All 4 of those games were winnable.

I’m not sure how old you were…did you ever root for the Oilers? What is it like when the Titans come to town? Is there any crossover there in Houston?

I’m 31 and didn’t move to Houston until 1994. The Oilers were well on their way out when i arrived, so I missed the whole “Luv ya Blue” era. Personally, I don’t like anyone in my division. But there is a special personal hate for The Titans for me due to the annoying Vince young fans in Houston. Many of them just can’t let go that Houston didn’t draft him (Thank god!) in 2006 and cheer for him over the Texans. Then there are the other ones, who were here for The Oilers, who hate anything that (Titans owner) Bud Adams touches. There are plenty of Titans followers in Houston that just followed the Oilers as they transformed into The Titans. It is quite the hostile environment in Reliant Stadium when Tennessee comes to town. But mostly between the two fan bases.

Has any defense been effective against Andre Johnson? If you were trying to slow him down, how would you defend him?

The phrase “You can’t stop him, you can only hope to contain him” is well overused in sports. But for certain players, this still rigs true. Andre Johnson is one of these guys. The only guy this year that has had any luck against him is Darrelle Revis. But there were lots of issues in that game. Honestly, he would probably have 2,000 yards receiving right now if Owen Daniels hadn’t gotten hurt. Johnson is double and triple teamed on every play since OD is no longer there to keep the safeties honest. The best way to stop Andre Johnson is to get consistent pressure on Matt Schaub. When Schaub is protected, he is as good as any QB in the league and can slice a defense apart and make it look easy. But under consistent pressure, he is as average as average gets. See the aforementioned Jets game.

P.S. – Can you do us a favor and keep Bernard Pollard away from Brady?

Ha Ha, someone mentioned the Pollard/Brady thing. I had forgotten all about it, truthfully. A funny thing one of my readers posted on Battle Red Blog was that if Belichick decides to play Brady the whole game this Sunday that we should blitz Bernard Pollard every play having him scream “I’m gonna knee cap ya, bitch!” at Tom. Thus, making Brady gun shy. It was funny. But honestly, who wants any of these guys to get hurt?

Just wanted to add that you guys were my Super Bowl pick over Minnesota to start the season. I got a 50 spot riding on this at the office. So help a brother out, huh?

Here are the links to our chat with Mike on his site. He broke it up into part one and part two.

One thought on “Trading Places – Chatting With a Texans Blogger”