For those of you across New England, or in Alaska, Hawaii or Canada, here is the listing of TV stations that will carry tonight’s preseason opener against the New Orleans Saints.

Note: For those of you who are not in the New England area, or who miss the broadcast tonight – see notes below, apparently some stations may change the arrangements – the game will be rebroadcast on the NFL Network at 11:00 EDT. 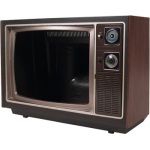 Rhode Island: Providence – WNAC-TV Channel 64. (Reader note: In RI, the Pats/Saints got moved from WNAC (64) to their digital channel MyRI TV, which is 64-2 because of the So You Think You Can Dance finale.  That channel is also carried on Cox, Comcast, Full Channel and Verizon in RI. If you have Satellite, you’re out of luck.)

Once again, the duo of Don Criqui and Randy Cross will call the games. Tonight’s game starts at 7:30pm EDT.