This week’s broadcast involves an NFC team, which means FOX gets a chance to show the Patriots to their national audience. It is the network’s top broadcast this week, and they send their number one announcing team to the game, minus Joe Buck, who is calling the World Series for the network.

Thom Brennaman will fill in for Buck, alongside Troy Aikman and Pam Oliver on the sideline.

Here is the coverage map for this game: 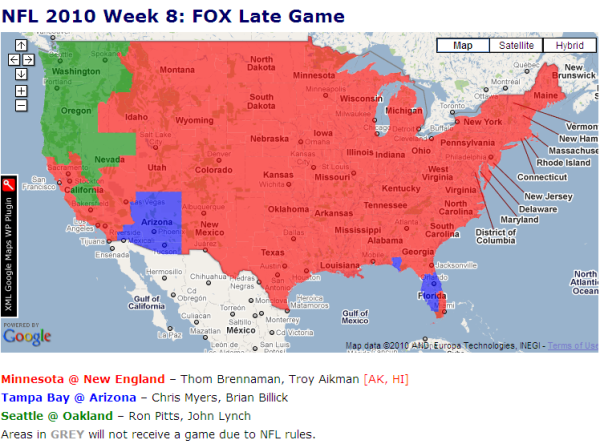 As you can see,most of the country will be able to watch this game, with the exception of the Tampa, Arizona, Oakland and Seattle markets.